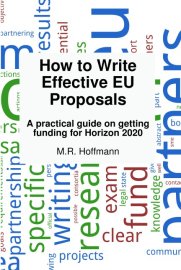 This claim of sciencebusiness.net is particularly interesting: “The figure also provides plenty of proof for the Commission’s claims that applying for Horizon 2020 grants requires less effort from researchers than previously.”

It is probably true that applying for Horizon 2020 became easier, however getting financing became more difficult. This is also an observation I made in relation to writing a book on Horizon 2020 proposals: horizonbook.eu. Writing a proposal is not hard, writing a good proposal is hard!